Fujifilm has officially announced the latest generation of its flagship X-series camera, the X-Pro3. The new X-Pro3 is similar at first glance to 2016’s X-Pro2, as it shares the same basic dimensions and retro-inspired, rangefinder-like design. But look closer, or just flip the camera around, and you’ll see where Fujifilm has gone even further to replicate a film-like experience on a digital camera.

The X-Pro cameras have always been referred to as “photographer’s cameras” because they provide a lot of manual controls and dials and mimic how film rangefinders worked. They are popular among street photographers, but also wedding and event shooters. The $1,699.99-and-up X-Pro3 leans into this even more than the prior two models with a new display and tweaked features throughout. At the same time, it brings some new features that no film camera, or even digital camera, has accomplished before. This is a retro-looking camera that can shoot HDR photos with no post-processing necessary.

Most of the changes with the X-Pro3 are on the back of the camera, but there are a few notable things elsewhere. For starters, Fujifilm has switched from stamped magnesium to milled titanium for the top and bottom plates for better durability. (The mid-chassis of the camera remains magnesium.) On top of that, there are two color options that have a special coating called DuraTect on them for even better durability. Fujifilm says this cold plasma process, which is performed by passing a current through hydrogen and carbon gas to coat the titanium, makes the finish much harder than bare titanium or even stainless steel. It should make the camera more resistant to damage and scratching, though I wasn’t able to test those claims firsthand.

Around the back of the camera, Fujifilm has deleted the four-way controller and given the X-Pro3 a similar control layout to the X-T3 and X-T30. The top plate is still home to the combination ISO and shutter speed dial, and the exposure compensation dial has been tightened significantly over the X-Pro2’s loose dial. On the right side of the camera are two UHS-II SD card slots, while the left side houses a USB-C port and 2.5mm jack for a microphone or wired remote. You can charge the X-Pro3’s battery (which is the same as the X-Pro2’s and rated for up to 400 shots between charges) through the USB-C port, as well as connect it to a computer for tethered shooting.

The X-Pro3’s viewfinder is still a hybrid optical and electronic one, which you can switch on the fly with the toggle on the front of the camera. Fujifilm says the OVF has a better eye point, a wider field of view, and less distortion compared to the X-Pro2. The EVF has been upgraded to a new 3.69-million dot OLED panel that runs at 100 frames per second for smooth visuals.

By far the biggest change Fujifilm made to the X-Pro3 is with its screen. There are actually two screens now, each on the opposite side of a 180-degree hinge. The first is a 1.28-inch color E Ink screen that can display film simulation and ISO settings, much like how film shooters used to put a piece of the box of the film they had loaded on the back of their cameras for quick reference. You can also configure the display to show your exposure settings, just like the screen on the top of Fujifilm’s GFX cameras. In either mode, the screen will “remember” its settings and display them when you turn the camera off. It does not, however, let you compose or review images or navigate the camera’s menu system.

Flip the panel down and a three-inch, 1.62-million dot touchscreen is revealed, similar to the screen on the X-T3. You can use this screen for navigating menus, reviewing photos, or composing shots, but there’s no way to completely flip it around and have it flush against the camera. You either have it open and flipped down 90 or 180 degrees, or you have it closed — there’s no in between. It also does not flip all the way forward for composing selfies or vlogging, though it’s not likely this camera will be used much for either of those things.

This design change seems small at first, but it dramatically changes how you shoot with the camera. Instead of being able to shoot and quickly review images on the back screen, as many modern photographers are accustomed to, you have to actually stop what you’re doing, open the screen, and then review the picture. Before you go back to shooting, you have to close the screen, lest you have it dangling there below the camera just asking to get broken off. It also makes changing settings much more of a chore, as you either have to keep the camera up to your eye while you adjust things such as white balance or film simulations, or you have to do the whole process of opening and closing the screen to make an adjustment.

Fujifilm says the idea behind these changes was to make the X-Pro3 behave more like a film camera did — slower and more deliberate. With film cameras, you only had a viewfinder to shoot through, and it wasn’t possible to review your images until after the film was processed. You couldn’t change things like ISO and white balance settings on the fly, and the film you put in the camera was what you were stuck with for the next few dozen frames. The X-Pro3 encourages you to compose and take shots through the viewfinder and then wait until you get home to review them. Even the design of the new E Ink screen on the back harkens back to how film cameras looked. Most people picking up the X-Pro3 for the first time won’t even realize it’s a fully modern digital camera underneath its retro skin.

I had a chance to shoot with a final production version of the X-Pro3 for a couple of hours on the streets of NYC before today’s announcement, and while the experience was mostly similar to the X-Pro2 I’ve used as my primary camera for the past two and half years, the new screen design consistently tripped me up and slowed me down. The X-Pro3 is fortunately littered with physical buttons and dials, which helps mitigate this problem, but there’s only so much you can do without going into the camera’s menus, and this design makes it much harder to quickly get things done.

I also find myself frequently using the screen on my X-Pro2 to grab shots I otherwise wouldn’t be able to if I just used the viewfinder, and the clumsiness and limited flexibility of the X-Pro3’s hinged display make these kinds of freehand shots much harder to pull off. The X-Pro3 is not as stubborn as Leica’s M-D, which omits the LCD screen entirely, but it’s not far off. It’s clear that Fujifilm is targeting a very specific kind of photographer with this camera, one that remembers what it was like to shoot with a film camera and longs for that experience. But it feels out of step with the way most photographers work at this point.

Underneath that retro design, the X-Pro3 shares the same processor and image sensor as the X-T3 from earlier this year, a 26.1-megapixel X-Trans IV CMOS APS-C chip mated to Fujifilm’s X Processor 4. It has an improved phase detection autofocus system that can work in light levels as low as -6 EV and comes with an internal autofocus range limiter to quicken focus in street environments. 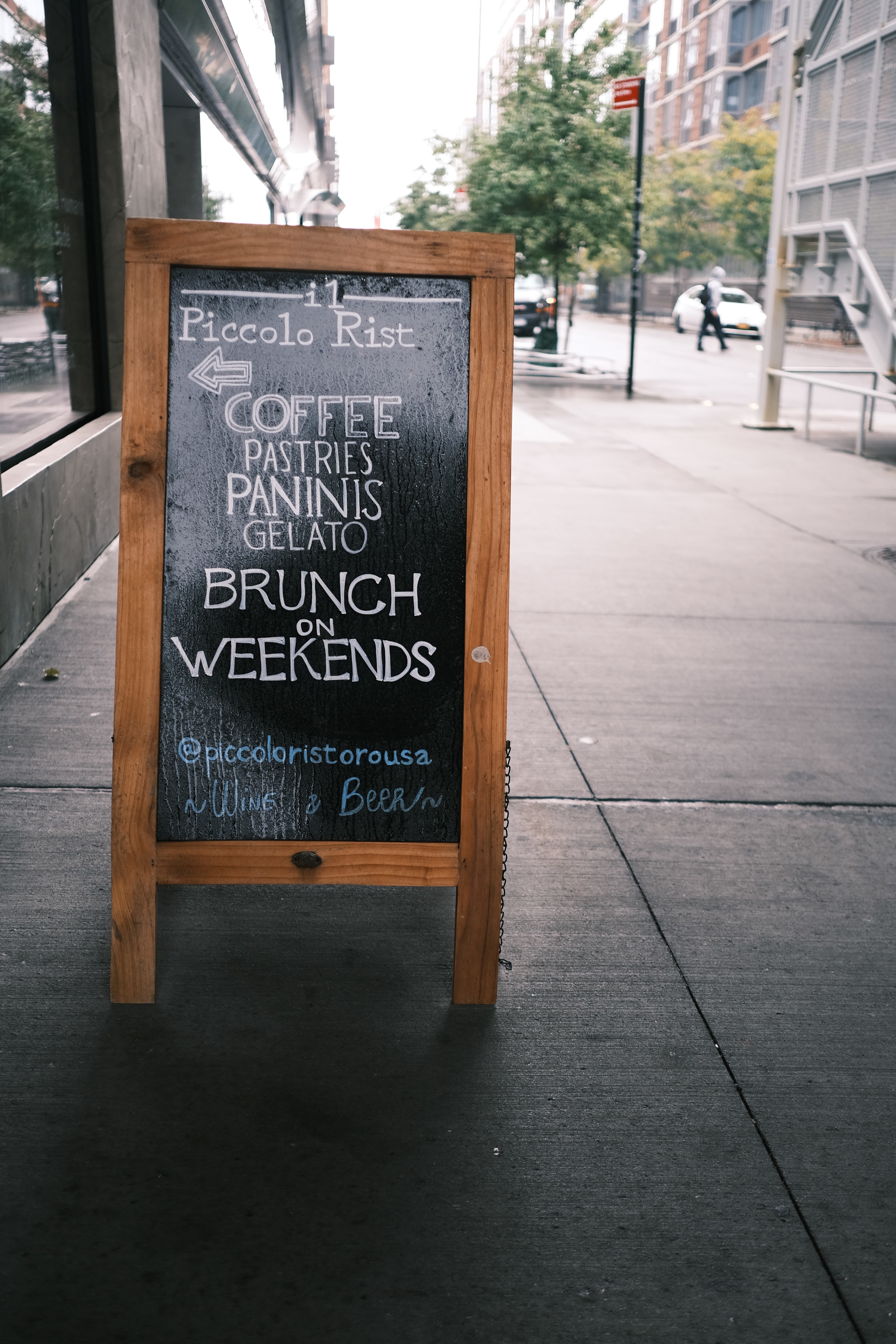 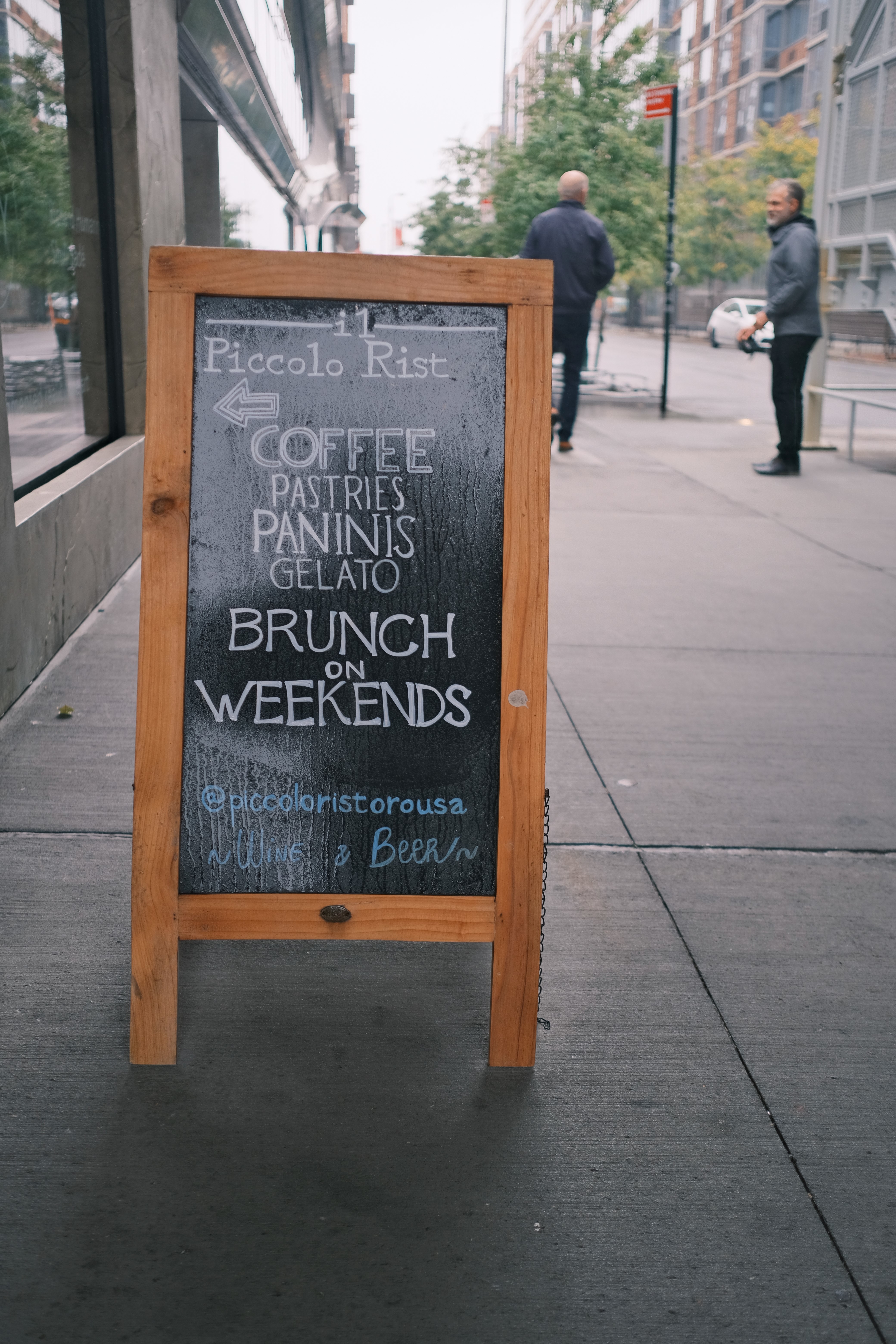 Single frame shot on the left, maximum HDR settings on the right.

Fujifilm has also added a host of new tweaks and adjustments, but the most significant ones are the clarity adjustment, which tweaks microcontrast levels much like the clarity slider in Lightroom; a new film simulation called Classic Negative that emulates Fujifilm’s Superia 400 film; a way to tint black and white images with a color cast; and, odd for a camera that looks like it was made five decades ago, the ability to shoot HDR photos in-camera.

In-camera HDR is Fujifilm’s first step into computational photography, and it offers four different levels of the effect, selectable through the camera’s drive menu. In the HDR mode, the X-Pro3 will shoot a burst of three shots, then align and stack them, and finally apply a tone curve to them based on the exposure and your selected settings. There is a slight delay as the camera processes the image and the final output is available in either RAW or JPEG, and is slightly cropped from the full resolution shot.

The X-Pro3’s HDR is not as aggressive nor as fast as you might get from a modern smartphone, and it only uses three frames to complete its image as opposed to the dozen or so a phone might use. In my limited testing, it mostly lifted the shadows and flattened the image compared to a single frame, as opposed to recovering the bright highlights. Still, it’s an interesting thing to be able to do in-camera, without having to deal with Lightroom or Photoshop’s HDR merging after the fact.

Finally, the X-Pro3 is capable of shooting video, at up to 4K resolution and 30 frames per second, but it’s certainly not the primary use case for this camera and isn’t as good as the video you might get from an X-T3.

Fujifilm reps were not able to confirm if these new film simulations and in-camera HDR features would be coming to the X-T3 and X-T30, which share the same platform as the X-Pro3, but I wouldn’t be surprised if they eventually did.

The X-Pro3 is Fujifilm leaning into the camera’s tendencies, while downgrading much of its flexibility and broader appeal. It is, more than ever, a camera for a specific photographer, one that doesn’t need the fastest performance or high-end video capabilities, but wants something that feels like using a camera from decades ago. It’s not unlike Leica’s approach with the M line, though the X-Pro3 does maintain such features as autofocus and auto exposure, which the Leica cameras lack.

But by focusing the X-Pro3 so narrowly, Fujifilm might be putting off fans of its prior models, which gave you retro controls and design, but without compromising on so much of the digital conveniences of modern photography. Yes, the X-Pro3 is just as capable as any other modern digital camera in terms of resolution, image quality, autofocus, and even wireless connectivity. But you have to dig a lot deeper to get to those features in the X-Pro3 than virtually any other camera you might buy today.

At the same time, the X-Pro3 is pushing forward what traditional cameras can do with their on-board processors, and all of the new software and settings features are designed to let you get more out of camera images without having to lean on post-processing so much.

The X-Pro3 will first be available in black on November 28th, with the DuraTect black and DuraTect silver colors coming on December 12th. We look forward to spending more time with a production model when we have a review unit in hand.

Photography by Dan Seifert / The Verge

Vox Media has affiliate partnerships. These do not influence editorial content, though Vox Media may earn commissions for products purchased via affiliate links. For more information, see our ethics policy.

Stellar Tips On How To Beef Increase Your Home Security Systems

Stellar Tips On How To Beef Increase Your Home Security Systems